Have you ever watched a video advertisement that had you laughing or crying by the time it was over? Chances are you might even be surprised that you are still able to remember the advertisement years after you last saw it.

If you’re curious about how that one video production was able to stick with you for so long, say hello to emotional advertising.

Video ads that garner emotional reactions from viewers are a tried and tested tool that you ought to include in your own marketing strategies. Here’s what you need to know about emotional advertising, a brilliant cross between psychology and video production.

Humans are often made to believe that their decisions are based on logic. But did you know that people mainly base their choices on emotions instead? That means that the most effective advertisements are those that pull at viewers’ heartstrings.

This is backed by science, too: a study by the Institute of Practitioners in Advertising revealed that emotional ads perform twice as well as purely rational ones. So, yes, you can harness psychology to give your marketing strategy a good boost. You might want to give emotional advertising a try yourself for your next video production.

Successful advertisements often tap one of the 4 key emotions listed below. Keep reading to learn about the video production psychology behind each one!

A classic way to win viewers over is to release an ad that makes them feel good. And an equally timeless example of this is Coca-Cola’s Happiness Machine. The video advertisement stars a quirky Coca-Cola vending machine that surprises students in a cafeteria by dispensing far more than mere Coke bottles. Lighthearted ads like this one can help your brand become associated with happy feelings.

For brands backed by a timely advocacy, video advertisements can also help raise awareness about current issues. Chipotle’s upbeat “Back to the Start” video ad quickly transforms into a powerful statement on modern-day farming practices. The imagery of pigs being stuffed with medicine and then squashed into squares can definitely strike fear in pork-loving consumers. It also gives viewers an idea of Chipotle’s stand on sustainable farming.

The emotional advertising here made viewers and competitors alike think seriously about shifting to sustainable farming practices. In fact, McDonald’s announced that it would phase out gestation crates shortly after this ad came out! 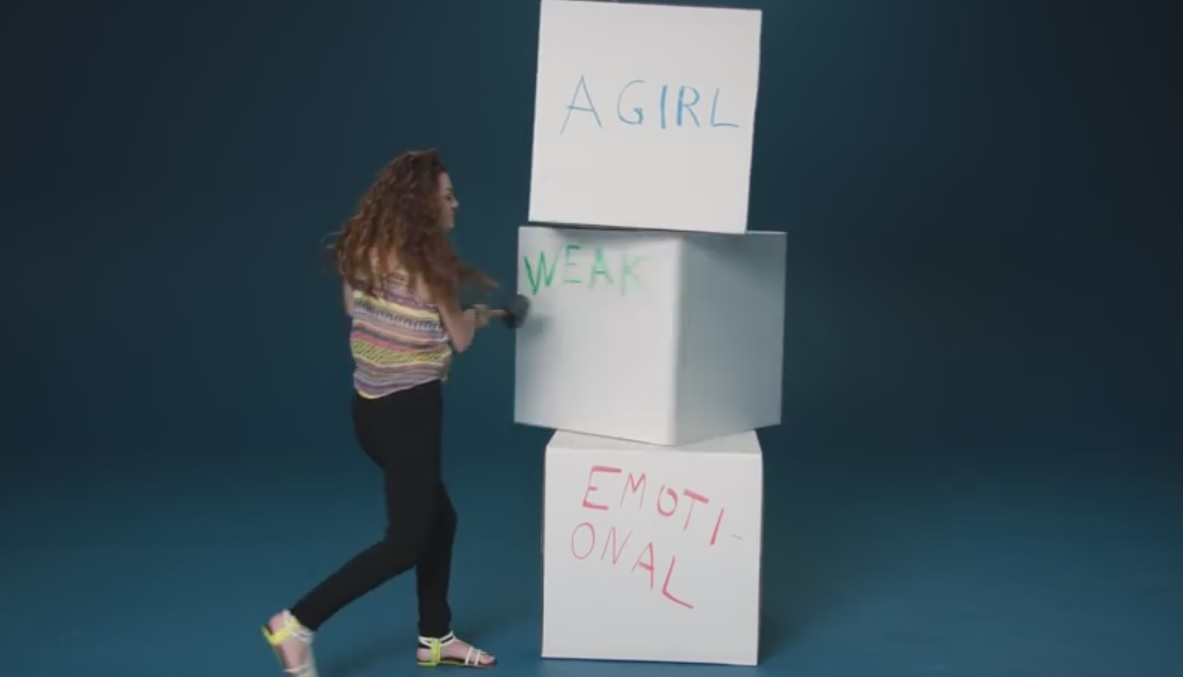 No, this isn’t about how some commercials end up getting taken down because of negative backlash. Emotional advertising can highlight modern injustices, big or small, and inspire viewers to take a stand. Just look at Always’ “Like a Girl” campaign, where the girls in the video literally tear down the labels that society places on them.

There’s nothing quite like crying your heart out after watching a tear-jerking commercial. Video productions that tap this kind of emotional advertising are great for connecting to their audiences. It’s even better if the product in the video ad is crucial to the storyline. Check out LINE TVC’s Thai commercial for a prime example. Oh, and keep some tissue nearby.

Bank on any of these 4 emotions, and you’ll have a video production that can win viewers over for sure. However, you might be wondering where to start with your first try at emotional advertising. With so many emotional ads out there already, it can be a challenge just to come up with a fresh concept!

Why not get the help you need from Mustasa Republic? Our experts know just how to fit emotional advertising and video production psychology into your next marketing campaign. We can definitely help you with the actual production of your next video advertisement as well! Contact us to learn more.