Posted by Mustasa Republic
Advertising, Blog
Comments are off for this post

After the Christmas season and its jolly wave of feel-good marketing, brands everywhere have one more chance to win over new audiences with a well-played New Year’s campaign. You might be wondering how to go about effective New Year’s marketing yourself. Why not look at examples from the pros? Here are 3 New Year’s marketing campaigns worth emulating, whether you want to end your year on a high note or start the new year swinging. 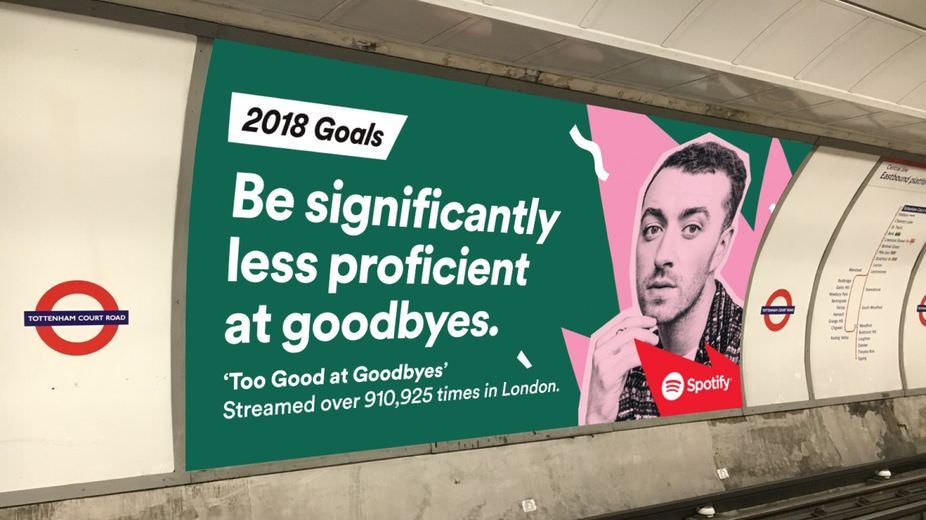 This marketing campaign from Spotify gathered the stories of its users, turned them into lighthearted New Year’s resolutions, and topped them off with streaming statistics. For example, one resolution reads, “Be as loving as the person who put 48 Ed Sheeran songs on their ‘I Love Gingers’ playlist.” Right below it, the poster reveals that “Shape of You” has become the most streamed song in history. Spotify also made sure to not drop any usernames, sticking to good and clean fun.

Why It Worked: Spotify played with the tradition of New Year’s resolutions and put out interesting numbers that would make passersby pause to take a second glance. And did we mention that its posters are contemporary eye candy?

At the start of 2016, Kwik Fit launched a free 30-minute fitness class about getting rid of holiday “spare tires” using–what else?–a spare tire. The fitness class and marketing campaign were aptly named Fit Kwik. The idea sprouted when the company’s PR agency found out that Kwik Fit technicians could stay strong and healthy because of their daily work routines. Some of these technicians are included in Fit Kwik posters alongside personal trainer Mikah Simpson.

By the way, the spare tire workout routine is said to burn up to 1,200 calories. Whew.

Why It Worked: Puns aside, Kwik Fit’s Fit Kwik campaign is highly relatable, given how many of us tend to exit the holidays with at extra kilo at the very least. The campaign also borrows the #newyearnewyou hashtag which often shows up alongside #newyearnewme. It certainly helps that the fitness class was offered for free.

Whenever New Year’s comes around, Google posts a video that reveals the top searches of the past twelve months. The 2015 video included the Nepal earthquake, Kendall Jenner, and the blue and black (or white and gold) dress. Meanwhile, the 2017 video revealed that people tended to ask heart-wrenching “how” questions, such as “how to calm a dog during a storm,” “how far can north korean missiles go,” and “how to be fearless.”

The Year in Search 2018 video is up, by the way. Get your tissues ready.

Why It Works: You might say that this ad banks on Google’s existing audience (which consists of almost anyone who has Internet access, give or take). At the same time, though, there’s just something powerful about watching all the highs and lows of the bygone year condensed into a two-minute throwback video.

Take notes from these 3 successful marketing campaigns, and you’ll have a starting point for your brand’s own New Year’s ads. If you’re still unsure about what your brand should do before this year ends, though, you can always get professional help from the experts at Mustasa Republic. With services ranging from video production and graphic design to social media management, we’ve got your New Year’s marketing campaign covered. Contact us now to find out more!

Visit our blog for more tips on digital marketing and video production.